The full article appears in issue 22 of Cloud – the in-flight magazine of private jet firm Air Charter Service. The online version can be found here.

UNLESS you’ve been living under an enormous rock or are a conspiracy theorist (in which case past form says you might get a punch in the face from Buzz Aldrin), you’ll know tomorrow marks the 50th anniversary of the Moon landing that made heroes out of the Apollo 11 crew — Neil Armstrong, Aldrin and Michael Collins’ mission was the first of six that saw astronauts leave footprints on the lunar surface.

Although truly revolutionary for its time, some of the technology that landed humans on the Moon was mind-bogglingly primitive by today’s standards. Even the smartphone in your pocket/handbag/manbag has thousands of times the processing power of the computer that guided the astronauts there.

In the 47 years since humans last set foot on lunar soil, tech has moved on — and in just a few years’ time, it could help us go back…

The full article appeared in the 19 July 2019 issue of Metro and can also be viewed in the e-edition.

On 16 July 1969, three men flew to the moon. Their spacesuits have since been kept at the Smithsonian National Air and Space Museum in Washington DC, but nothing lasts forever. The suit Neil Armstrong was wearing when he became the first man on the Moon hasn’t been on display for 13 years – until the museum decided to launch a Kickstarter campaign in July 2015. Dubbed ‘Reboot the Suit,’ it has 9,477 backers and has managed to raise more than $700,000 (around £539,000).

On 16 July this year, exactly 50 years after the flight, freshly restored Armsrtrong’s suit will go back on public display. First on temporary display, it’ll later become the centrepiece of the museum’s upcoming Destination Moon exhibition, slated for launch in 2022.

Armstrong’s historic garment is among the most fragile items in the museum’s collection. So how did the Smithsonian go about preserving it for future generations?

You can read the full article at Wired UK (originally published 8 July 2019). 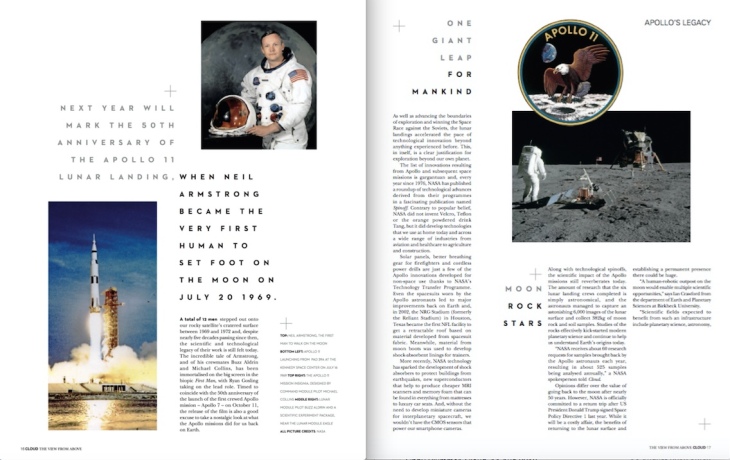 The full article appears in issue 17 of Cloud – the in-flight magazine of private jet firm Air Charter Service. The online version can be found here.

Girlguiding has teamed up with the UK Space Agency and the Royal Astronomical Society to introduce a new Space badge for Brownies.

The new interest badge is designed to encourage the astronauts and scientists of the future by giving them the skills and confidence to engage in astronomy and space science.

Available to 200,000 girls aged seven to ten, the new badge is part of a wider move to update the activities available to Brownies and Girl Guides.

You can read the full article on Mirror Online (published 24 August 2018). 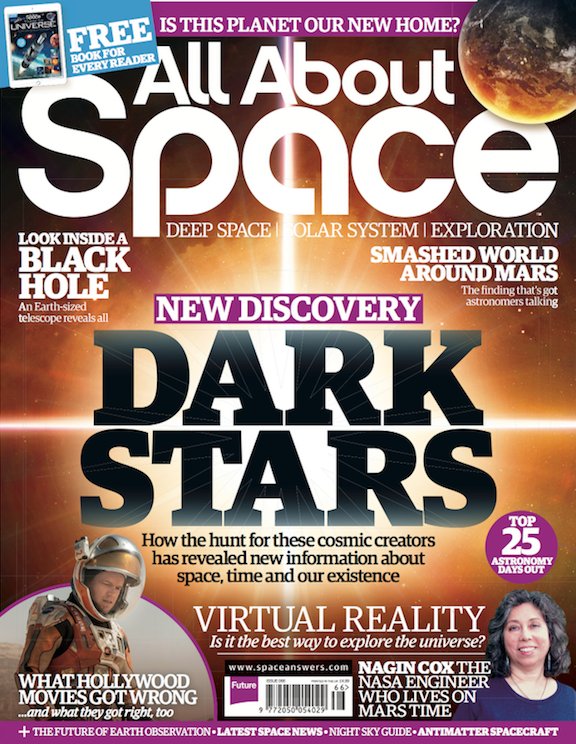 The full article appears in All About Space issue 66 (originally published on 26 June 2017). Free preview: ow.ly/1eQm30cNF9p 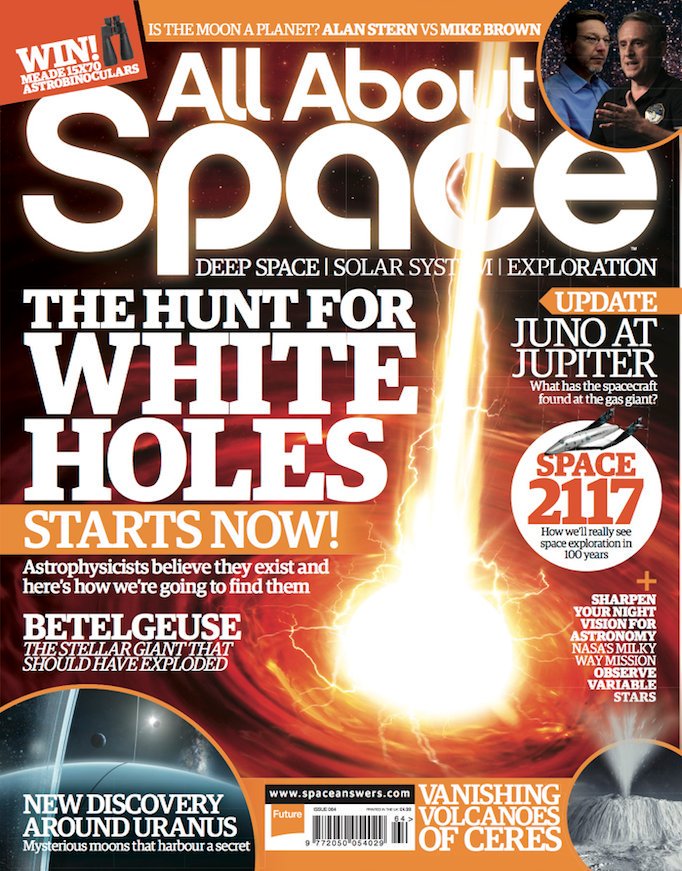 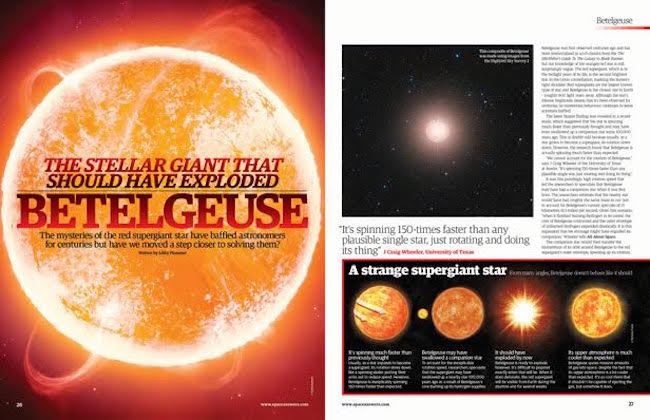 The full article appears in All About Space issue 64 (originally published on 27 April 2017). Free preview: ow.ly/iQPD30bdWI6 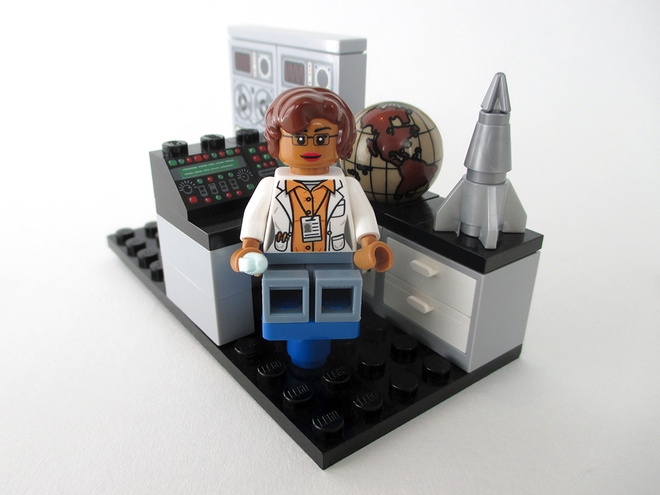 If nerds are the new rock stars, it’s time to get kids techy

Tech innovation depends on brainpower. That’s why encouraging children to study STEM subjects — science, technology, engineering and mathematics — is vital. And the good news is there’s help at hand. Lego has just launched its Boost sets, which incorporate app-based coding — allowing kids to bring their creations to life.

Aimed at children aged seven and older, the kits enable youngsters to build projects including Vernie The Robot and the Guitar 4000, while learning about how the built-in motors and sensors work. They can even add personality to their creations using voice recordings.

The Danish toymaker is also working on a Women Of Nasa set. Designed to mark the accomplishments of women and people of colour in space (and hopefully encourage their successors) it has just been given the green light to go into production…

You can read the full article in Metro (originally published 10 March 2017). 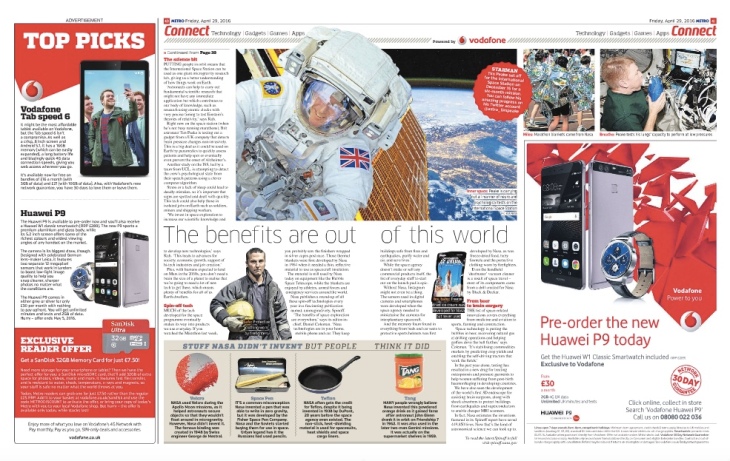 You can read the full article on p39 at e-Metro (originally published in Metro on 29 April 2016).

Mainstream virtual reality is still in its infancy but it’s been tackling the final frontier – space – for years. Now the latest hardware, such as the Oculus Rift, HTC Vive and Samsung Gear VR headsets, combined with sophisticated 360-degree filming techniques, is finally bringing space exploration to the masses.

VR’s ability to produce large-scale 3D environments not only offers armchair astronauts a glimpse of what life is like in space, it is now also more helpful than ever at aiding real-life astronauts in their jobs both on Earth and out there.

What’s more, augmented reality can offer spacemen and women a new perspective by merging the worlds of Earth and space. Compared to VR, though, augmented reality still has some way to go before we start to see smartglasses and AR helmets both on our faces and in our homes.

While virtual reality has been relatively slow to catch on in the mainstream, NASA has been using it for more than 25 years because it’s simply one of the best ways to replicate space while remaining safely on home soil.

The Mercury, Gemini and Apollo astronaut crews all spent at least one third of their training time in simulators and contemporary crews use VR simulations to train for tasks on the International Space Station (ISS).

Early NASA headsets were improvised affairs – the first prototype of the Virtual Environment Workstation headset was built from a motorcycle helmet – and the American space agency has continued to update the tech involved. Astronauts now use NASA’s Virtual Reality Lab (VRL), located at the Johnson Space Center, to train for missions aboard the ISS. Using a headset, real-time graphics and motion simulators, astronauts train to carry out tasks during microgravity spacewalks.

A vital part of the training involves using their powered jetpack – the Simplified Aid For EVA Rescue (SAFER) – which carries very limited fuel, to navigate their way back to the ISS should they get stranded in space.

The ability to recreate a life-size 3D environment makes VR ideal for astronaut training and now NASA is looking at using augmented reality to keep reality in the frame.

You can read the full article at Wareable (originally published 20 April 2016).