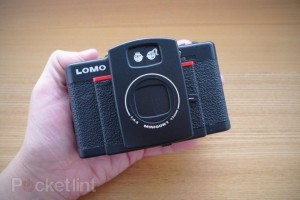 Analogue camera specialist Lomography recently expanded its classic LC-A lineup when it unveiled the LC-Wide, featuring a new wide angle lens and a choice of picture formats. The original LC-A was first manufactured 27 years ago and was then replaced by the LC-A+ in 2006. Packing a considerable heritage, the LC-Wide may be the most modern snapper to join the lineup, but how does it compare to the LC-A+ and is it worth trading up?

Measuring in at 108 x 68 x 44.5mm, the LC-Wide is pretty much the same size as its older sibling and feels just as sturdy in the hand. It tips the scales at 220g (not including the battery and film) which is more or less the same as the LC-A+. Although a fair bit larger than most modern digital cameras, the pleasingly chunky chassis is palm-sized so it won’t take up to too much room in your bag and its relative bulk actually means that it can be held far more comforably than many smaller cameras. The textured finish also means that there’s plenty of grip to keep it slipping from your hand and it also comes with a detachable wrist strip for extra safety.

In terms of looks, it boasts the same vintage asthetics as previous LC-A models with a few added touches to make it clear that this is an upgrade. The lens casing on the front of the camera is slightly wider to accomodate the new wide-angle 17mm lens, and the extra protrusion sports a thin red trim. Apart from these differences and a couple of very minor aesthetic additions (such as the text around the lens) the camera looks more or less the same as the LC-A+.

You can read the rest of the article here on Pocket-lint.com (originally published 21/06/11).